Conversation with a Sky Pirate

Hello members of Square Insider! In celebration of our upcoming sixth birthday at the turn of the year, Gideon Emery, voice actor for Balthier in Final Fantasy XII (FFXII), has taken a moment to “sit down” and chat with me about his experiences in voice acting; working with Square Enix; and being apart of the mania that surrounds a Final Fantasy game!

SI: Mr. Emery, thank you for speaking with us at Square Insider today.

GE: It's a pleasure!

SI: Firstly; let's start at the very beginning. How did the auditioning process for FFXII go? Was it particularly difficult compared to others or more laid back?

GE: Well initially I auditioned in-house at my agent. I simply gave my take on the role, within the character brief. When I was called back, there was a hands-on audition. I got to see some of the original Japanese version for inspiration, but they were keen on making it a starting point and not a voice match. So I got to throw some personality in, which I enjoyed.

SI: When the character of Balthier was announced three years ago fan reception was hugely positive and anticipatory. Did you know you were signing on for an early fan favorite when you assumed the role?

GE: I had no idea the franchise was so huge, let alone Balthier's appeal. Probably just as well, as I might have been crippled by the fear of not delivering on what the fans expected.

SI: In the early stages of voice acting was there any indication by the Square Enix executives and officials you worked with that this game was going to be as phenomenal as it is? Did you have any idea that the bar was going to be so high on this installment?

GE: If they knew, they didn't let on. It was very professional. I do recall one of the directors saying "you might wanna change your email address, 'cos when it's released..." I laughed at the thought, but I'm beginning to see what he meant. Talking about the quality though, the attention to detail in terms of performance, was unlike anything I've encountered. I've worked on-camera and seldom had such subtle direction. So I knew this was a different breed of game.

SI: How is, in general, voice acting challenging—more so than live action—and what made you want to provide the voice for Balthier? Were you offered the choice, or was it assigned to you?

GE: Because it's only an audio performance from the actor, it's more of a collaborative thing. You have to either create a rounded, believable character from a short description or, as in FF, you're trying to compliment an already animated character. It's a greater challenge. It's more restrictive in terms of what you can and cannot do, character-wise. Within those parameters, however, there's an increasing demand for more subtlety and realism. Which requires both talented voices and great direction.

I auditioned for Balthier, but once I'd seen him in action (from the original version) I instantly fell in love with the character. He's so much fun to play and I really wanted to get the gig, as I thought I really had a handle on this guy. He's sauve, yet cocky. Like some cross between Han Solo, Bond with a dash of Jack Sparrow. Who wouldn't want to be that guy?

SI: As a character, Balthier experiences major growth and development through the story of Final Fantasy XII. Many gamers were surprised by how easily this apparently static character at points could be so fleshy and real after a few minutes of dialogue. Do you feel particularly proud of Balthier as compared to others that you've done?

GE: I have to give all credit to the folks at Square Enix. The animation was fantastic. I loved the body language, the fluidness, the attention to detail. It was a dream starting point. That, coupled with the freedom to give it my own personality and a real hands-on direction throughout each recording session, was the key. With less time or less astute direction, we wouldn't have found the little nuances that, IMHO, make Balthier who he is. Yes, I'm very proud to be a part of it.

SI: How close are you to this character? What are some similarities and differences between the voice of Balthier and…well…Balthier?

GE: I'd like to be Balthier. Seriously. He's a dream role. Doesn't let things get him down, yet has a world-weariness too. He's lived. Yet he maintains a sense of humor. In another lifetime he could've become a great villain. My own sense of humor is very dry. The voice is pretty much Gideon with a little more cockiness. I know I'm not as cool headed as Balthier under pressure. You should see me in traffic- it's not a pretty sight. But on my best days, when I'm on form, yeah- I'd like to think I'm pretty close. We could definitely share a drink and a few laughs.

SI: Who was your inspiration for the role? Did you ever stop and think yourself, "I really want to make him sound like 'so and so' from 'this and that' movie?"

GE: I didn't want him to sound like anyone else. My inspiration was the pictures and animation. They were so specific. The way he stands, moves and the language. There was a style of delivery that sprang immediately to mind and, fortunately, the team liked it.

SI: Who is your inspiration when acting and voice acting? What or who helped you to choose this career?

GE: I blame an only childhood for this career. I kept myself amused imitating characters from film and TV. I was always the funny voice guy at school and used to entertain the other kids with my Airwolf and Robocop renditions. Then I went to drama school and discovered I could make a living out of this. I really enjoy character work, so am a big fan of actors like Gary Oldman, Jean Reno, John Cusack, Toni Collette, etc.

SI: Did you get to have input in regards to the script? Was there ever a time when you read a line from the script and just went "This won't sound right if I say it like that!" or anything along those lines?

GE: We changed a line here and there for flow or to "Brit it up" a bit, but that was it. I think Balthier was on around 230 pages of script, so that shows how tightly it was written.

SI: Even though fans don't know what you look like just from playing Balthier; have you ever had any fans hear you when you're out and about, and come running up to you?

GE: LOL. Not yet. I have had a few emails saying "thanks", which is a first and quite humbling that someone would take the time to track me down.

SI: Was there anyone in particular that "held your hand" so to speak during production? Anyone similar to George Lucas (whose trademark saying is "Faster and more intense!") who had a specific vision besides yourself of where Balthier's voice was headed?

GE: Jack Fletcher, the voice director, helped me no end. He really set each scene for me, so I wasn't coming in cold. He's also a really nice guy, which meant I was always comfortable trusting his adjustments and trying something. I wish Jack was at all my sessions.

SI: How daunting or imposing, enjoyable or fun, was the task of voice acting for Final Fantasy XII? Will we hear more of you in games in the future?

GE: It was great fun. Hard work, but fun. I think I was in the booth for around 24 hours in total. It demands a certain focus that it can become quite tiring. But I'd jump at the opportunity to work with that team again. As for other games, I enjoyed voicing some characters for the new Star Wars game; "Empire At War: Forces of Corruption", as well as the WWII adventure "Blazing Angels".

SI: Was there any emphasis on knowing Balthier's back story, and how he interacted with, say Fran (Nicole Fantl), and adjusting the voice to be more compassionate or warm towards her, in comparison to speaking to a character like Vaan (Bobby Edner)?

GE: Yes. We did discuss how Balthier related to the characters differently and I think that's part of what makes a character real. Or at least more life-like.

SI: Did you get to meet any other voice actors? Or was it really as secluded as we've been made to think?

GE: I didn't meet anyone else. Here and there, I'd have another character's voice to play off, which was great. But it is essentially a solitary gig. And I have to confess that I did develop a small crush on Fran.

SI: A sequel to Final Fantasy XII slated for the Nintendo DS, Final Fantasy XII: Revenant Wings, was announced about two months ago. Balthier and Fran were shown in the presentation trailer. Despite capacity restraints of the system, might we be hearing your rendition of Balthier again if the game makes it way out of Japan?

SI: For the Final Fantasy franchise, Final Fantasy XII is really only the fourth installment to incorporate voice acting (the other three being FFVII: Advent Children, FFVII: Dirge of Cerberus, FFX, and FFX-2) throughout the game. When independent sources like IGN and Gamespot herald the voice acting as the best thus far, how does that make you feel?

GE: Blown away. To be singled out as a voice is really rewarding. Especially since the actors have the smallest involvement, when compared to the creators and animators who've committed years to the project. It's very rare to get feedback after the recording, so it's hard to judge. If the gamers are happy, then I'm happy too.

SI: Wrapping up now, is there anything in particular you'd like to say to the fans at Square Insider; something I haven't harassed you about yet?

SI: Again, Mr. Emery, thank you for taking the time to speak with us, and we wish you all the best in the future!

GE: It's been a pleasure. Thanks for having me.

You can learn more about the career and works of Mr. Emery at the following pages:

Great interview PG! You should do some more :) 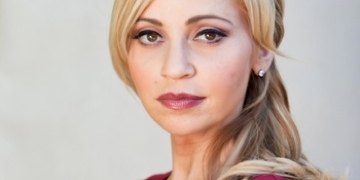 As we head further into 2007, Tara Strong offered SI a brief and memorable look into her ongoing works and career; arguably one of the most prolific of our time. Tara has contributed to Spirited Away, the Rugrats, Drawn Together, the Powerpuff Girls, and countless others. SI: Tara, thank you so much for talking to Square Insider today! TS: My... 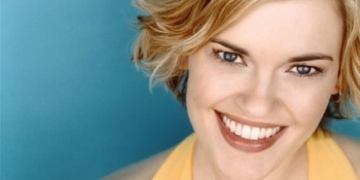 The Future of Dalmasca

To celebrate the New Year and the birthdays of Final Fantasy and Square Insider, Kari Wahlgren graciously agreed to an interview! Most recently, Kari has been behind the voice behind Princess Ashe of Final Fantasy XII, as well as Shelke from Dirge of Cerberus: Final Fantasy VII. Ms. Wahlgren reflected on Final Fantasy, her profession, and a battle of the...