Square Enix: We take too long to make games

Square Enix president and CEO, Yoichi Wada recently told GamesIndustry.biz that he believes his company takes too long to produce new games, and that cost performance and quality are not mutually exclusive facets in game production.

When asked if consumers could expect more out of the Eidos brand since its purchase by Square Enix, Wada had the following to say.

"Yes - that's what I hope to achieve for the entire group," said Wada-san. "But we at Square Enix also have a problem - it takes too long for us to produce a game..."

"In reality I think the issues we have are basically the same. On one side you might say that because of the budgetary constraints they released the games without having the games polished to perfection, but on the other side we take too long to release the game."

"So we have the same issue in the management and control of the process isn't strict enough. Even though we're producing entertainment products we need to have the right production process in place - and that is something that I'd like to implement across the entire business in our group."

He went on to hint at possible conflict with those working on the games over those production processes, noting that the group would be trying to "change the mindset of the creators".

"It's not true, but we have to change the mindset of the creators."

Something tells me, that he has never seen how well their games are doing on Famitsu`s top 100 list.

Famitsu's been accused of selling out due to the score Dirge of Cerberus received (32/40 i believe). I have no qualms with its Top 100 list though. FF, Zelda, MGS, and DQ practically compose the entire list.

Even if you chose to ignore the list, the sales figure still basically led to the same direction. And then the CEO wanna compromise quality and cost when he is talking about some of the worlds greatest games, that are pushing the limits of consoles, and to think he used to be a Square president(yuck).

Well then the simple explanation to this all is that S-E just release ports of old games to build up some revenues, which in turn will reduce those "budgetary constraints" allowing the company to take as long as they need with the new games. I mean considering how well these games do on everyone's top 100 list, why not just re-release them on all of the game consoles as d/l's or packaged as compilations to alleviate the d/l constraints of one Wii-ware port.

I like the remake process but i think some things have gone too far. For example, releasing FFIV Advance and then a few years later remaking it entirely into FFIV DS. You can't really argue when they improve games though. War of the Lions had a fantastic re-translation and the cutscenes were great. It looks like the remake ship has sailed though. Look at what's on the book for this year. Dissidia,KH, Star Ocean, FFXIII (in Japan anyway). All new games.

It's quantity, kids, not quality. Wait, is that how it goes? Either way, everybody loves moogles.

Can't argue with that kweh. Anyways, I'd have to agree. It'd be nice to see more of a plethora of Squenix games. I'm not sure I agree with production timing not affecting a games quality though.

I don't want to wait any longer for my games then the next S-E fan, but I'd rather them take a long time and produce a quality game then have a bunch of crappy games come out by them.

I don't disagree at all akevari, and as always love kweh's comments! I just meant it was a means to meet everyone's wants/needs in that S-E will make money by re-releasing old games and then can take the time to work on the newer ones as they see fit. Seems obvious to me...

from a personal standpoint, i like the time it takes inbetween games because I have a very busy life and rarely have time to complete games that SHOULD take me about a month or so to complete. I've been playing Eternal Sonata for like over 6 months now..... Xenosaga I took me over 6 YEARS, hence why i have a lot of unfinished games....

that being said, i think they should focus on a more completed story. the last bits of FFVIII and IX were rushed and terrible.

their problem is that they're working on way too many damn projects at once. whats with these 2 new upcoming mystery games? and they haven't even released the entirety that is xiii yet, or birth by sleep...

It takes Square a long time to make a game, is a GOOD thing. That's why their games are the best quality, visual, battle, storyline, etc. Unlike others (won't mention names) who rush to get a product out and there are tons of glitches, the graphics look childish, the storyline is ridiculous, the music is babyish, and the battlesystem sucks. Need I say more? LOL 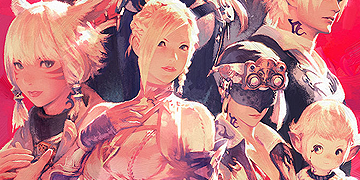 Final Fantasy XIV's development team has responded to the tragic news surrounding the death of Sian Blake, the voice actor who brought to life Yugiri, an first NPC introduced in the later stages of A Realm Reborn. Blake took over for the role beginning with the Heavensward expansion. This week, the team behind Final Fantasy XIV spoke out for the... 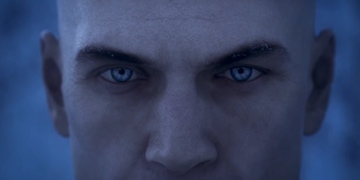 Preorders of IO Interactive's new Hitman game have been cancelled and the title has been transitioned from a full release to an episodic release schedule. Hitman, which had been scheduled for release in March, caused created a stir today when cancellation notices were sent out PS4 gamers who had preordered the title. After a few hours of confusion, IO Interactive... 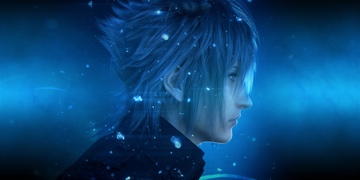 More details are emerging on Final Fantasy XV's battle system and story locations, according to game developers who have taken to the official forums to answer fan questions. Answering a question about difficulty modes in Final Fantasy XV, Lead Game Designer Takizawa Masashi elaborated on the game's dual battle system and how it was influenced by Episode Duscae: The equivalent...