Final Fantasy XIV's development team has responded to the tragic news surrounding the death of Sian Blake, the voice actor who brought to life Yugiri, an first NPC introduced in the later stages of A Realm Reborn. Blake took over for the role beginning with the Heavensward expansion. This week, the team behind Final Fantasy XIV spoke out for the first time about the heartbreaking loss.

“Yesterday, I received unfortunate news from the agency of British voice talent Sian Blake confirming the passing of Sian and her two children.

Sian was a gifted actress, her masterful portrayal of Yugiri leaving a lasting impression amongst our fans. I had hoped she would be with us for many more performances to come.

I am deeply saddened by this tragedy and offer to Sian and her children my sincerest prayers.

There are no words to describe the shock and disbelief we felt upon hearing the tragic news about Sian Blake and her two young sons.

Though we only had the chance to work with Sian for a short time, we were glad to have such an accomplished and dedicated actress on the project. She brought life to a character dear to our hearts, and we will always be grateful for her contribution.

Our thoughts are with her family and friends.

The full thread at the Final Fantasy XIV forums is worth a visit, as players have shared everything from their thoughts and prayers to photos of in-game gatherings to commemorate Ms Blake and her sons. 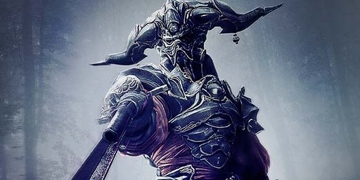