Microsoft's Head of Xbox, Phil Spencer has confirmed to Eurogamer that their controversial exclusivity deal for Rise of the Tomb Raider has an expiration date. He did however decline to comment on the duration of the exclusivity deal with Crystal Dynamics and Square Enix.

The game still hasn't been confirmed for PC and PlayStation but this announcement will hopefully calm down all the raging fans that have been posting on the Crystal Dynamics development blog the past few hours. Here's a transcription of the conversation between Eurogamer and Phil Spencer:

"When people want me to say, can you tell us when or if it's coming to other platforms, it's not my job," Spencer told Eurogamer. "My job is not to talk about games I don't own. I have a certain relationship on this version of Tomb Raider, which we announced, and I feel really good about our long term relationship with Crystal and Square."

I get the reaction I see. If I'm a PlayStation person all of a sudden I feel like, the franchise has gone. I didn't buy the IP. I didn't buy the studio. It's not mine. Where this thing will go over time, just like Dead Rising or Ryse, we'll see what happens with the game. I don't own every iteration of Tomb Raider."

So, what, exactly, is that deal?

"I have Tomb Raider shipping next holiday exclusively on Xbox. It is Xbox 360 and Xbox One. I'm not trying to fake anybody out in terms of where this thing is. What they do with the franchise in the long run is not mine. I don't control it. So all I can talk about is the deal I have. I don't know where else Tomb Raider goes."

Is there a time limit on the exclusivity period?

"Yes, the deal has a duration. I didn't buy it. I don't own the franchise."

Can you tell us how long the duration is?

Rise of the Tomb Raider Gamescom

Cool so there's still a slight chance that its coming to the PS4.

I was surprised at the outrage over this. I thought the new Tomb Raider was really very bland.

I really liked the Definitive Edition so I'm hoping for a PS4 release of Rising. Its not the best game ever but I think its the best Tomb Raider since the PS1 era.

I was miffed by their "Xbox One Timed Exclusive" approach because it was multiplat and the PSPlus deal that got Tomb Raider to 6 million units. But, whatever, since we're at least getting Type 0... 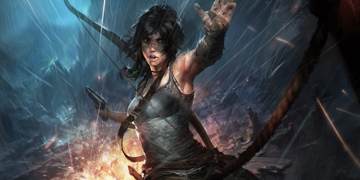 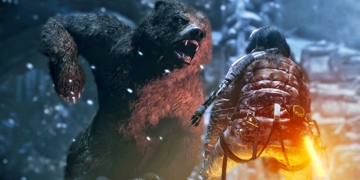 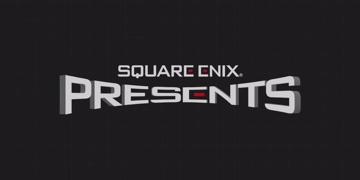 The Final Fantasy XV team held a special live on-stage Active Time Report at this years gamescom. Director Hajime Tabata and Marketing Manager Akio Ofuji discusses the development status of the game and show of a bit of new gameplay in this one hour segment (jump straight to the gameplay part of the video). 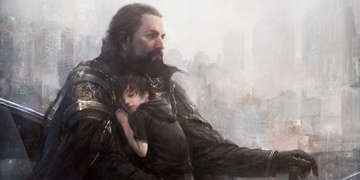 Square Enix released a new trailer for Final Fantasy XV at this year's gamescom event. The trailer is titled "dawn" and in it we get to see a young Noctis with is fater King Regis and a few knights with machine guns. The games still doesn't have a release date but it seems like Square Enix is aiming for a...