Square Enix announced details on the forthcoming movie debut of Final Fantasy VII: Advent Children. The company briefly disclosed last month that the computer-animated movie will be hitting theaters in Japan before its DVD and UMD release, but did not outline any specific information.

Admission to the movie screenings will not require any tickets, but, like most things that are free, there's a catch. Entrance is by invitation only, and only Final Fantasy VII fans that have already registered to the official "Shinra Company" online fan club hosted at Square Enix's site will be invited. The site is no longer accepting club members at the current time. If more fans sign up than there are seats available, Square will randomly select attendees from the pool.

As expected, the theatrical screening of Advent Children will be a limited run in major cities in Japan. The premiere screening will take place on September 8 in Tokyo's Virgin Toho Cinemas Roppongi Hills, which also happens to be the theater where Square Enix held its Final Fantasy XII debut presentation in late 2003. The film's creators will also be on hand to speak at the showing.

Following the premiere, Square Enix will show Advent Children at three cities from September 10 to 16: Virgin Toho Cinemas Roppongi Hills in Tokyo, Toho Cinemas Nagoya Bay City in Nagoya, and Toho Cinemas Nijou in Kyoto. The movie will be shown once per day beginning at 6:30 p.m. at the three locations.

Gamers without a Shinra Company membership or a ticket to the screening can still pick up Advent Children and watch it in the comfort of their own homes on September 14, when the DVD and UMD versions hit Japan and North America simultaneously. Both formats of the film will cost $29.99. 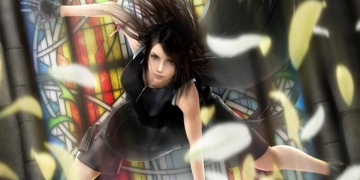 The loyal who have run out and purchased Advent Children Complete will no doubt remember the awesome music found therein. Square Enix will release Final Fantasy VII Advent Children Complete Reunion Tracks on September 16, 2009 almost four years after the soundtrack to the original hit shelves in Japan. Be sure to pre-order yours through an import site like PlayAsia...

ACC Pulls Away with 100K

That's right, kids. PG's BRINGING IT. Sources across the net are reporting that Advent Children Complete, the Blu-Ray outing of the Final Fantasy VII DVD sequel sold MASSIVE amounts in Japan after it's first day. How massive, ask the skeptics? In it's first day on the shelves, it is being said, ACC sold 100,000 copies in the land of the...