Long before Noah built his ark, the tales tell of an ancient land called Kiltia... a world where swords and sorcery reigned.

Its learning and power were swept away in the great flood, but one clue to its secrets remained: an ancient book known as the Gran Grimoire, hidden in darkness by the powers that once were.

It is not certain how many copies of the book still exist, but it is said that whoever should hold one holds the power to change the world.

Many lived out their days searching the world for surviving copies, but none were ever found.

It was an illusion, they said. A myth-but one worth dying for.

Our story begins soon after a young boy named Marche moves to the country town of St. Ivalice. Marche's family has had a difficult past, and it is all he can do to adjust to country life with the help of his new friends: Mewt, a mature but timid boy who often gets picked on, and Ritz, a stellar student whose strong-willed nature has made her unpopular at school. They are friends, though they barely know more than each other's names. But one day, the three of them come across an ancient magical book, and St. Ivalice changes forever... 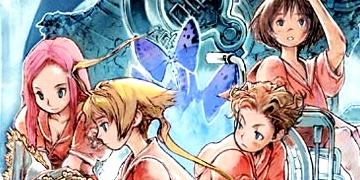 Tactics Advance Out Now on Wii U in EU and NA

To the surprise and delight of Final Fantasy Tactics fans in the United States, Square Enix has released the game for both Europe and North America today. The announcement of a European virtual release preceded a North American confirmation by a few days; but as of this morning the title is live in both virtual console stores. In North America,...

Handheld game of the year