Square Enix surprised everyone and released Dragon Quest VII: Journey of the Cursed King for iOS and Android devices earlier this week.

The game was originally released for the PlayStation 2 back in 2004 (2005 in the US and 2006 in Europe) and became an instant classic selling over 4.9 million units worldwide. The control system has been streamlined to work perfectly with modern touch interfaces. The position of the directional pad can be adjusted freely, enabling players to switch between one-handed and two-handed play with a tap of the screen.

The combat system has also been reworked, allowing for one-tap battles as well as more complex play.

During battle, you can select 'Psyche Up' to give your next attack some extra oomph! The more you psyche a character up, the higher their tension will rise, until they finally reach an insane state known as super-high tension!

Skill points are earned when your characters level up, and can be assigned to various skills in order to learn new spells and abilities. This system allows you to perfectly tailor your team to your liking.

Certain monsters found in the field can be scouted for your monster team – if you're tough enough to beat them, that is! Once assembled, your crack squad can take part in the fiercely-contested tournaments held at the monster arena, and can even come to your aid in battle!

Combine existing items to create entirely new ones! Even the most unassuming objects could be ingredients for the greatest items of all! Seek out the recipes hidden all over the world, and see if you can cook up something truly special!

Fans of the series will be pleased to learn that the casino is back, and fully-equipped for fun! This time around, there are three exciting activities to enjoy: bingo, slot machines and roulette! Just don't get so caught up in the action that you forget your adventure entirely!

Awesome! I had DQVIII for PS2 but the disc was scratched, so I never played more than the first 2 hours! iOS is becoming a memory-lane power house lately...

I'm a little worried that the controls will be awkward. I would have bought it in an instant if they had released it for the vita.

The Verge's review seems pretty upbeat about the whole experience. Namely, that RPGs are a great "Second screen" experience while you're binging on Netflix. Which, I agree with since I did the same thing with Bravely Default. 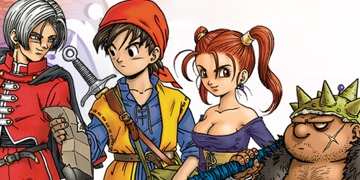 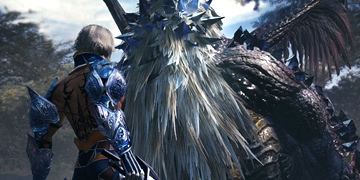 Mobius Final Fantasy, a high-budget mobile game for Android and iOS, is due out in North America on August 3 which, coincidentally enough, is my birthday. Square Enix must have known, those sweethearts, and rushed the localization of this 2015 game to get it here just in time. Excluding the phenomenal ports of Final Fantasy VII and IX, I’m usually... 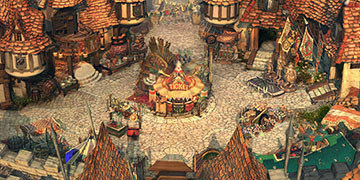 Final Fantasy IX for mobile received its first big update after releasing a little over two weeks ago. The title, which currently sits at 4 stars on 670 reviews at the iTunes App Store, has received significant improvements and feature adjustments. The new update include the following changes: Manual screen rotate button added. Tap the rotate icon on the title...