Spira. Once upon a time it was a world of prosperity, sustained by an advanced civilization of machina.

Then, one thousand years ago, Sin came. This immortal menace brought perennial destruction to the land and slowed advances to civilization. The teachings of Yevon offered solace to Spira’s terrified people, but also forbade the use of machina. Still, most people were willing to sacrifice progress for a sense of security, and civilization eventually came to a standstill.

Summoners emerged as Spira’s only hope. They alone were able to stop Sin—if only for a little while. On the day she becomes a summoner, Yuna, a girl of seventeen, meets him. The young man claims to have come from Zanarkand, though that city was supposedly destroyed a thousand years earlier. Hearing his claim, Yuna knows this is no chance encounter. Her father, Braska, was a summoner before her. Jecht, a man who served as his guardian, also claimed to have come from Zanarkand. The next day, Yuna and her own guardians—Kimahri, Wakka, and Lulu—set out on a journey to defeat Sin. He comes along, too, and before long he becomes one of Yuna’s guardians. Others join them: a man named Auron who guarded Braska and an Al Bhed girl named Rikku. The pilgrimage continues.

Yuna and her entourage witness much. Operation Mi’ihen is launched in an attempt to stop Sin with machina, but it fails. Seymour Guado, a maester of Yevon, reveals machinations of his own. Finally, Yuna and company arrive at their destination, the sacred ruins of Zanarkand. It is here that they were to learn the one and only way to defeat Sin: the Final Summoning. But Yuna learns something entirely different. Sin cannot be truly destroyed using the Final Summoning. Not now, not ever.

Rikku’s father, Cid, takes Yuna and her friends aboard his airship. They begin a new journey, this time in search of another way to destroy Sin. After uncovering the truths and fallacies behind Sin and the teachings of Yevon, they finally succeed in vanquishing Sin. However, that victory meant he would vanish. A heavy price is paid, but Spira finds peace and freedom from the terror of Sin at last.

Filled with the many memories of her journey, Yuna speaks to the people of Spira:“The people and the friends we have lost, or the dreams that have faded... Never forget them.” Two years have passed since Sin was destroyed. Since defeating Sin and becoming high summoner, Yuna has lived on her childhood home of Besaid Island, and the predictable days pass by one after another.

Isn’t this simple happiness what she always wanted? Still, Yuna senses something is missing... Then, one day, her former guardian Rikku comes to Besaid and shows Yuna a movie sphere. The recording is of him. Or is it? Yuna can’t tell whether it’s him or just someone who looks like him. “Let’s go look for more clues!” The voice is Rikku’s. If it is him, Yuna might be able to see him one more time. If not, Yuna will probably never see him again.No matter what the truth may be, the answers she finds may change things forever. Yuna begins another journey. 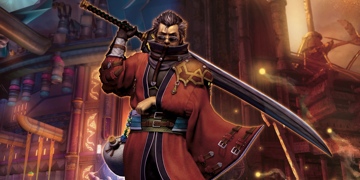 Final Fantasy X | X-2 HD Remaster is coming to PS4 consoles worldwide in Spring 2015. After a successful launch on PS3 and PS Vita platforms this past March, Square Enix officially confirmed the titles for Sony's newest home consoles after a brief, if accidental, reveal late last week. Specific dates and pricing details were not disclosed, but for PS4...

Just a quick update about Final Fantasy X | X-2 HD Remaster—the game's US release saw over 250k copies sold for PS3 and PSVita in the month since it was released. NPD's latest numbers show the game just barely being outpaced by the Japanese launch (340k copies sold), but handily beating out the launch numbers for Lightning Returns: Final Fantasy...

Final Fantasy X|X-2 HD Remaster Available in the US

Square Enix's newest HD remaster is out now for PS3 and PS Vita! Final Fantasy X|X-2 HD Remaster features updated graphics, rearranged audio, and new content from the "international" release that never debuted in North America. If you're in Europe and waiting eagerly for March 21, Square's got you covered with a launch trailer dubbed "an Epic Tale" which is...