In this guide you'll see the location of all the magazines in Final Fantasy VIII. Its a good idea to get them all, especially the Montly Weapons magazines.

Combat King 001 - Cell on Floor 1 of the D-District Prison. Combat King 002 - Win from first fight with Rajin and Fujin. Combat King 003 - Go to Balamb hotel after talking several times to the girl on the library committee who has a crush on Zell. Combat King 004 - Talk to the Esthar Soldier(s) after the Lunar Cry. Combat King 005 - You'll find this one inside the Lunatic Pandora.

Occult Fan I - Look in Balamb Garden's Library, on the bookshelf. Occult Fan II - In Dollet, in the room where you play cards (in a magazine stack). Occult Fan III - Speak with the old fisherman in FH when you first arrive. Occult Fan IV - Right next to the door to the meeting room in Esthar (Presidential Residence). 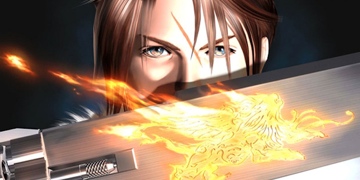 In Final Fantasy 8, you don't receive money by defeating monsters, you get paid every once and a while for being a SeeD soldier. The higher your rank is the more money (Gil) you earn during the game. You can access the tests from the Tutorial section of the menu (only after you have graduated as a SeeD). Each test...

In Final Fantasy VIII there is a mini game called Triple Triad. This guide will tell you how to get started and it has a list of all 100 cards. Getting Started: To start playing Triple Trial you'll need some cards, to get some just go to the guy standing outside the elevator in Balamb Garden, talk to him and...

In this guide we'll tell you how to get to the different Chocobo Forests in Final Fantasy VIII. We'll also give you Chocoboy's clues. 01: The Beginner's Forest Location: The Beginner's Forest is located not far from the Shumi Village on Winter Island. Chocoboy's advice: "Try to find a spot where only one falls down." 02: The Basics Forest Location:...