Tetra Master is a card game played all over the world. To find out who is willing to play the game, you must walk up to a person and press the square button to challenge them. Two results can occur of this action. One, the person challenged will accept it. Two, the person will talk to you as if no challenge was ever made. Only those in the first category are those with whom you can play Tetra Master.

To be able to complete Final Fantasy IX, one has to learn how to play this mini game. There is a card tournament in Treno, where you are required to reach the finals in order to move on in the story. Cards can be obtained by opening treasure chests and by defeating monsters.

Note: Monsters will not always drop a card of their own.

Card Basics - In order to play the game, you must have at least five cards. After selecting your cards, you will be shown a 4x4 grid out of which 0 to 6 tiles can be blocked off. Thus not allowing you or your opponent to place a card there. A coin toss determines who begins the game.

Card Statistics - Each card has a combination of 4 letters and numbers which determine the strength of the card, and thus determine the winner of a card battle.

When two cards battle, the newly placed card attacks based on its power and type which are the first two digits of the card. The opponent's card will defend itself using the statistics from its last two digits. The winner is determined by whoever has the higher number.

Note: A weak card can defeat a strong card based on luck. Also, to raise the statistics of a card, you must play with it numerous times.

Card Inventory - You can view you current card inventory by going to the Card option in the Main Menu. You can never have more than a 100 cards in your inventory at any given time. Therefore, remember to remove cards that are weak. This can be determined by the card statistics explained above.

Rare Cards - There are around a 100 unique cards in the game, many of which are rare and hard to find. The cards can range from those based on various weapons, towns, airships, eidolons and even some boss monsters. There are many ways to open these cards. You can open treasure chests while playing the Chocograph side quest. Others are located in different areas of the game.

Note: If you miss out on a rare card while passing through that area, you will be unable to obtain that card later.

Collector's Rank - As a Tetra Master player, you have a rank that can range from 0 to 1700. To raise your rank, you must try to collect as many unique cards with unique arrow arrangements as you can. Also, you must use each of the cards as many times as possible, so as to bring the attack types of all the cards to A. By doing so, you will find your rank closer to the top. 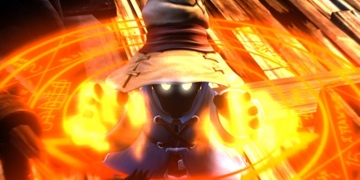 The Stellatzio coins are hidden throughout the world of Gaia. If you collect them all and hand them over to Queen Stella in Treno, then she'll give you items in exchange. Here we'll tell you where to look for them and what you get when you give them to Stella. 01: Aries You'll find it on the 1st floor of...

During the game Zidane will get invited to participate in a Hunting Festival. The Hunting Festival consists of a 12 minutes long battle sequence where you must defeat as many monsters as possible to earn "Festival Points". When there is less than 4 minutes left in the battle, you will be joined by Freija who will help you. When the...