Tri Ace, the company behind Star Ocean, is at it again. This time, they're taking their game--Infinite Undiscovery--to the Xbox 360.

"The underlying concept of the game is discovery, and the impact those discoveries have. From small discoveries of finding enemies and ambushing them to seeing the signs that a certain weather phenomenon is going to happen -- like, say, a tsunami -- there are a lot of discoveries that players will make. A lot of them are hidden. So, they're 'undiscovered.'" -- Hajime Kojima, Producer

The creators are working hard to break away from the cliches that so often dog their genre; and this has included developing one of the most unique and intriguing plots yet to grace the Xbox 360.

"The moon gives power to the people that inhabit the planet. The event that sparks the game is that the forces of darkness have bound the moon hoping to harness its power. As a result of that, the moon's power no longer goes to the people, and their world gradually loses the light. There is a hero in the world who seeks to cut the chains and free the moon and fight against the forces of darkness." -- Hiroshi Ogawa, Director

Infinite Undiscovery is certainly shaping up to be a must-have title for the Xbox 360, but don't expect to see this title before the end of next year; so please keep a bucket handy, I don't want any of you salivating on my rug. Check the 1Up link above for more info!

Is anyone else not even remotely interested in this game? Star Ocean was never interesting to me... 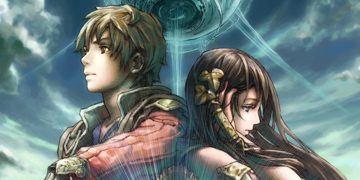 Square's Xbox 360 title Inifnite Undiscovery has been released in North America today. If you are still unsure whether or not you want to purchase the game then you can see the first 10 minutes of the game at Gamersyde.

A video from the recent Microsoft RPG event featuring Infinite Undiscovery gameplay has surfaced online. The actual gameplay starts about 1 minute and 16 seconds into the movie. Check it out here: Click to watch.

Infinite Undiscovery Gets A Release Date

The Xbox 360 exclusive Infinite Undiscovery has gotten a release date. The game is set to release worldwide on the 2nd of September 2008. Square Enix is still in need of some geography lessons though, since Europe is still not a part of the "worldwide" release. But don't worry! This time Europeans will only have to wait 3 days as...