It All Began with an Invasion

The latest installment in Square Enix’s power-house franchise packs an unforgettable punch that undeniably proves that the more things change, the more they stay the same.

Ivalice is a land at war; the Archadian Empire has initiated a brutal crack-down on its neighbors in order to compete with the Rozarrian Empire in the west. The latest to fall into Archadia’s storm is the Kingdom of Dalmasca; a land recovering from the death of King and Princess, subject to the whims of the new Consul, Lord Vayne—son of the Emperor, and next in line to the Imperial throne. With an ensemble of characters, each drawn to one another by the strings of fate, players will discover the true reasons behind the Empire’s convolution, and key to the survival of all of Ivalice.

Final Fantasy XII bears witness to a jump in the evolutionary change of the series. Whether or not that sounds like a synopsis of X-Men is debatable, but the profound effect that this change has had upon the game is not. The twelfth installment begins assembling threads where Final Fantasy X and X-2 left off: proportionate characters, an elimination of the “over world” and progressively nonlinear style.

These steps forward are accompanied by a return to basics. Final Fantasy XII effectively adds to the franchise’s technical progression with the inclusion of elements that have been missing since the PlayStation 1 generation. With cities that dwarf X, and compete with XI, Ivalice—with its myriads of villages, outposts, camps, and Aerodromes—makes Final Fantasy XII immersive and realistic like never before.

City life doesn’t do it all for Final Fantasy XII, though. An entire-subculture exists separate from the main quest, though it mostly revolves around optional bosses, and “hunts.” The hunting of marks, your targets, will offer to suck you into hours of battling nasty-mobs with lots of HP, and if you think you’re ready for a bit more of a challenge, you can throw yourself into titanic battles with the hidden Espers, the summons of Final Fantasy XII, some of whom have intensely challenging conditions, like a 5 minute counter, a No Magic or No Physical Attacks barrier, even HP Sap.

That’s not to say that the generic side-quests in Final Fantasy XII are entirely subservient to their bounty-hunting counterparts; but most of the time, running an errand or defeating a certain big-bad will not compete with the cash-outs from the marks. That’s one of the title’s major shortcomings; besides simple entertainment value, the side quests serve little to no purpose.

Weapon synthesis also meets redefinition this time around; with elements similar to IX and X’s synthesis, you have to sell everything you find to eventually access the more powerful items. Not that this is a bad thing; it puts emphasis on making money early in the game, since “monsters do not carry money” (unless, of course, you steal it from them) which means that nothing you pull from a monster will be of worth outside of selling it.

The simple hunt/sell/buy aspect of the game is staggeringly overshadowed by the combat system. Besides different beginning statistics, all the characters of Final Fantasy XII have the ability to learn the same abilities, weapons, and spell. But—and this is a big but—you have to do two things to use any of the above. You have to purchase it from the appropriate store, and then you have to purchase the ability to use the ability/magic/equipment from the License Board of each character individually. It makes you grateful that the money-gathering is so easy. Conventional leveling accompanies the License Board system, and thusly removes the emphasis from EXP to LP, making the levels whiz by.

But the crowning jewel of this intimidating system is the Gambit System. Quite simply put, by scrapping the ATB system, Square was left with a system that would essentially require the player to issue every attack/heal/and spell command themselves for three separate characters, taking time to jump between them after the completion of each task. This, in contrast to AI which reacts seamlessly, especially when grouped, poses a major disadvantage to the player.

Hence, the inclusion of the Gambit system, which automates healing, spells, attacking, and abilities performed as conditioned by the player. For instance, I have Vaan set to cast Cura when the party HP gets beneath %70. If that goes to hell against a monster, Ashe is set to perform Curaja when HP falls beneath %40. If it’s a flying monster that my melee fighters encounter, they throw out some Flare and Scourge.

Character models in the game are well-done, and forgo the “flattening,” that occurs in the transition from art to game. Weapons and shields, apparent outside of cities, are also remarkable and colorful. From platinum swords to diamond shields, XII throws down for the last of the Final Fantasies on the PS2.

But if XII bears one hallmark, it is perhaps to most boggling in terms of progress. XII boasts highly integrated FMV sequences, which seamlessly embed themselves into the gaming experience. That, however, is awkwardly put to shame by the load-times between zones within an area. I’m glad that they’ve perfected the transition between game and FMV, but what’s the point if I’m kept waiting simply to move between zones in the Dalmasca Estersand?

The most noteworthy aspect of XII is simply looking at Rabanastre, Archades, Balfonheim, Bhujerba, and admiring the labor of the past three years. The game is a visual treat from start to end.

Final Fantasy XII, as a title within a franchise mostly known for Uematsu, markedly fails in this category. Generally speaking, there are only a few tracks that I would recommend from Sakimoto and his accomplices, and I don’t understand why so much of his work sounds the same. Ending Movie, Opening Movie, The Struggle for Freedom, Battle’s Conclusion, Time of Rest, White Room, Theme of the Empire and Sorrow are the only things that struck me in the game and made me think “Hmm, I’d like to hear that again.”

It’s not that Sakimoto doesn’t have talent; but his style is so subdued, it was like he was actually afraid to compose music that was appropriately epic for the tale. It’s as though he’s terrified of being compared to Nobuo, which might explain the variety of sounds.

But, individuals like Masashi Hamauzu and Yoko Shimomura prove this “Please don’t compare me to him,” theology wrong. Both have inspirations similar to Uematsu, but Masashi has a very Jazz-like edge and Shimomura is so morph-able I can’t even start.

The only major shortcoming, I felt, was the music; and I can say that if Sakimoto never did another Final Fantasy game, I wouldn’t be disappointed. Alas, he’s composing for Revenant Wings, so while Shimomura and Hamauzu sex-up their respective games, maybe Sakimoto won’t be so paralyzingly dull.

But Ivalice has entered into a time of unrest; where ambitious men and magical stones seek to yank history from the Gods and firmly place it within the hands of Empires and Kingdom. Into the fray steps Vayne Carudas Solidor, who murders his father and dismantles the Senate, in his quest to aide the rogue Occurian (the Gods of Ivalice) Venat. The Heretic, Venat, for undisclosed reasons, seeks to end Occurian oversight over the history of man, and bestows upon Vayne the Nethicite.

Originally reserved for the great Dynast-King, the Empire of Archadia has perverted this historic stone with the help of Venat to aid in their march against their neighbors. As she fights to restore herself and her Kingdom, Princess Ashe must decide whether or not to succumb to the allure of the nethicite, or to hold fast and destroy her only claim to the Dalmascan throne.

Vast and invigorating, XII’s story is encompassing and should be grand, but the problem lies in pacing. XII’s narrative pace is too much of “a step or two here, three jumps there.” Uneven and lacking in the beginning, I found myself after nearly 10 hours asking “Ok, well, have I really started the quest now?”

Misdirection and uneven pacing lead to an oddly construed finale that, though fitting, left me asking what the motivations of most of the characters were.

When all is said and done, though, XII’s story had its punches and its holes, but it was entirely worth it. XII deviates from the norm by lacking a “secret,” ending that roles after the credits, instead traded in for an epilogue immediately after that ending movie.

Final Fantasy XII had, as with all great games, odd quirks that lessened my enjoyment from a critical perspective. But—through the eyes of an obsessed fan boy who counted down the last month before release—Final Fantasy XII was everything that I had hoped for, and so much more.

Sadly, though, I’ve no desire to play Revenant Wings. 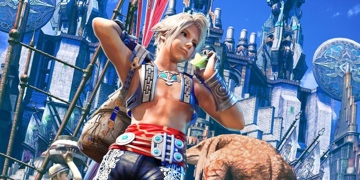 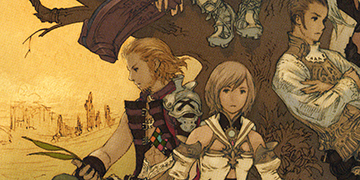