FINAL FANTASY XIII-2. It was the sequel nobody asked for to the blockbuster game that galvanized the fans of the franchise. After Square Enix stoically endured the varied reactions to the previous installment, FINAL FANTASY XIII, the company decided to revisit the world and mythology of Gran Pulse in an effort to prove to gamers everywhere that the FINAL FANTASY brand remained strong and that, perhaps most importantly, the company could be receptive to feedback.

After Final Fantasy XIII’s Spring 2010 debut, the future of the series and its reputation as a whole went into a nose-dive. FINAL FANTASY XIV’s Version 1.0, which launched in Fall of 2010 (and is NOT to be mistaken for Version 2.0: A Realm Reborn, which is an amazingly great game!) was mired by negative reviews, player backlash, and universal bad-press. FINAL FANTASY VERSUS XIII, that dim glimmer of hope, had been out of the news too long for anyone to believe that it was still in development—and it would not be until E3 almost two and a half years later that Square Enix vociferously rebranded the game as FINAL FANTASY XV.

Square Enix and Final Fantasy XIII’s development team sat at a crossroads. An important decision faced the company: would they double-down on their vision of the Final Fantasy brand or would they listen to their fans and try to restore future incarnations to the gold standard that the series had set?

Final Fantasy XIII-2 quietly entered development in 2010 and enjoyed a significantly shorter production time thanks to the resources left over from Final Fantasy XIII. After being formally announced in 2011, returning director Motomu Toriyama and Producer Yoshinori Kitase used their sequel to address the most common complaints leveled at the first game: the extreme linearity, the lack of mini-games and side-quests, and the gated Crystarium system. As the months passed and the release window drew nearer, the development team used every interview and preview to the preach the sequel’s vast improvements and to herald Final Fantasy XIII-2 as a return to the brand’s roots.

And so I, like millions of others, returned to the FABULA NOVA CRYSTALLIS universe, enticed by the allure of a sequel that endeavored to repair the shortcomings of the first. Square Enix did something truly remarkable with Final Fantasy XIII-2, regardless of the game’s actual quality, something that was almost unheard of in the company’s history—a strategy that they would later employ to successfully rebuild Final Fantasy XIV:

Final Fantasy XIII-2 begins three years after the events of Final Fantasy XIII; Lightning, Snow, Hope, Vanille, Fang, and Sazh stopped Cocoon from crashing into Gran Pulse and were thought to have lived happily ever after, but all is not well in the wilds beneath Cocoon. Lightning has vanished; her part in saving the world has been erased from the memories of everyone but her sister, Serah, who believes that Lightning disappeared on the day that Cocoon fell from the sky. With Lightning gone and Snow unaccounted for, it’s a young man named Noel that convinces Serah to go on a journey through time to find Valhalla, a realm at the end of time where Lightning guards the Goddess Etro, and they unwittingly encounter Caius Ballad, a man who hopes to destroy Time itself.

It’s ironic that in a review that will by and large praise the sequel’s many outstanding improvements that I should begin with it’s weakest, doubly so because Final Fantasy XIII’s story was among its chiefest strengths. Sadly, the story of Final Fantasy XIII-2 is functional at best and confounding at worst. The basic premise of a journey to find Lightning works, if extraordinarily contrived, and the narrative’s apparent inability to make sense of its own plot devices (Time Gates, Paradoxes, Chaos) simply reinforces the notion that this whole game happened for no other reason than because someone decided it should.

If the glaring, gaping, and extremely obvious issues with the story can be overlooked then the rest of the game shines by comparison but the point must be reiterated: this is a game that does obscenely little to advance the story of the first. With Orphan’s demise came the deaths of the Sanctum fal’Cie, which means none appear in XIII-2 and therefore, in their absence, l’Cie are no longer possible, ergo magic has returned, at random, to the population—including Serah.

If nothing else, Final Fantasy XIII-2 narratively serves the purpose of explaining away a few pesky key plot holes with the ending of the first game. It delves deeper into the mythology surrounding Etro and Valhalla, and tries to evolve Lightning from a distance. Otherwise, in this "bridge" between Final Fantasy XIII and Lightning Returns: Final Fantasy XIII, extraordinarily little happens.

Final Fantasy XIII-2 was, from the onset, a game with something to prove. While the original was criticized for poor level design and omnipresent linearity the sequel unfurls large maps and optional areas packed with quests and exotic locations for gamers to explore. Design-wise, Final Fantasy XIII-2 uses the Historia Crux (a visual map of timelines and locales) to enable players to fast travel between new locations (New Bodhum, Academia, and Valhalla) and familiar locations (Bresha Ruins, Sunleth Waterscape, Oerba) only minutes after starting a new game.

One of my few quibbles is that Final Fantasy XIII-2 is handicapped by repetition. Sure, players are allowed access to about two dozen timelines but it’s largely the same five maps throughout those timelines. By the end of my play through I was practically overjoyed to never encounter Academia or the Archylte Steppe ever again. In certain instances, as with Academia’s three incarnations, the development team cleverly restricted access to some areas to make the location feel fresh in the different timelines. Even the Archylte Steppe has a clever weather mechanic but, as players undoubtedly began to notice, that doesn’t somehow makeup for reusing the map three times.

Stunningly, Final Fantasy XIII-2 shaves the prior cast of playable characters from six to a meager two (Noel and Serah) and the third space in the combat party is filled by captured monsters. It’s a curious mechanic to introduce to Final Fantasy that’s reminiscent of other franchises like Monster Hunter or Pokémon and is clearly intended to appeal to completionist gamers. Like the first game’s battle system, Final Fantasy XIII-2 uses the Crystarium system to develop role-specific Paradigms (like Ravager, Medic, and Commando) to turn Noel, Serah, and their monster companion into a lethal fighting team.

Unlike the first game, Final Fantasy XIII-2 gives players immediate and unfettered access to the Crystarium system for all the different Paradigms. If gamers are so inclined as to rush off the Archylte Steppe and grind each Paradigm to level 99—so be it. The development team chose to relinquish all control of the Crystarium to the player this time around and it has a truly noticeable impact on the game. Boss battles are less obtrusive; additional monsters and side-quests are more compelling; and, in general, the game feels more accomplished as a result.

Like Final Fantasy XIII, XIII-2 retains a focus on fast, sharp combat. Players can avoid combat or engage it as they so desire; these new mechanics for stunning, staggering, and subduing opponents improve the original, already breathtaking battle system to the point of perfection.

Does it sting to have a cast of two? Yes. Does it streamline what was, previously, a bloated system? Absolutely.

Final Fantasy XIII-2’s soundtrack is a peculiar but triumphant auditory accomplishment spearheaded by Masashi Hamauzu, who returned to compose but was joined by Naoshi Mizuta and Mitsuto Suzuki. It was Toriyama’s express wish that the sequel’s soundtrack be entirely unlike any Final Fantasy to come before it; with new sounds, styles, and tracks to accompany the game’s bold new direction. Hamauzu blended his orchestral style with Mizuta’s instrumental expertise and Suzuki’s electronic dabbling, producing what is undeniably the strangest—but not unwelcome—soundtrack in recent history.

Whether it’s the frenetic tone of “The Warrior Goddess” or the pensive notes of “An Arrow Through Time” or the bombastic trumpets of “Caius’s Theme” this soundtrack does not disappoint. Its sometimes-pop, sometimes-electronic beats make it an addictive oddity in the realm of soundtracks with individual tracks like “Historia Crux,” “New Bodhum” and “Paradox” being noteworthy feats.

Hamauzu and company didn't shy away from revisiting motifs from the first game. “Lightning’s Theme -Unprotected Future-” is one of the most beautiful tracks from either game and endures as one of my favorites, even rivaling the melodic strings of “Academia” for the top-spot from the soundtrack.

Nevertheless, the soundtrack’s unorthodox sound will inevitably divide fans. I can only suggest that it be enjoyed, rather than compared, to those soundtracks that came before it. When enjoyed alongside the game itself it is a fitting and treasured addition to the audible history of the Final Fantasy brand, settling comfortably alongside the works of Uematsu and Sakimoto.

I loved the battle system. I'm hoping to see similar things in LR.

Agreed. I'm concerned with how a one-woman Paradigm system will work in LR, but XIII-2 made a believer out of me with the 2 people + 1 monster dynamic, so they've obviously got the chops to make the battle system work for them.

It wasn't a bad game but I dont like the Sphere Grid/License Board/Crystarium systems they have used in the last 3 installments.

I enjoyed FF XIII-2 very much. The game play is its best feature. The story has many flaws including contradicting the first game in many ways. The music is okay, though my favorite is "The last travel". :)

Chrono, I actually felt like the Crystarium System was miles ahead of XII's License Board System—which bordered on senseless at times, especially if you wanted to each each character with at least one Esper. Neora, the game really did shine when you were out killing stuff, but I agree that overlooking the messy plot took a lot of effort. 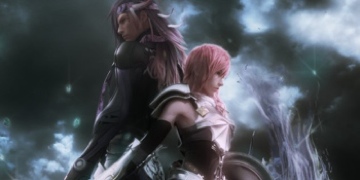 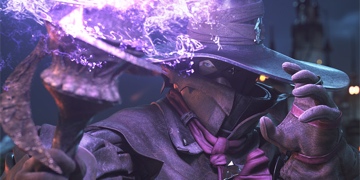