Final Fantasy XV is just over 40 days away from release worldwide and Square Enix has given multiple gaming new outlets an extended stay in the world of Eos. Destructoid, Polygon, and GameSpot have posted opinions that range from lukewarm at worst to downright giddy at best.

GameSpot, noting the game's expansive world and numerous activities, wrapped up their preview by saying:

Even after just 15 hours, I can tell FFXV is a massive game packed with things to do and locations to explore. The need to know about its expanded universe seems like an unfortunate requirement that undermines the impact of the story, and the overreliance on fetch quests can be tedious at times. But none of this puts me off of FFXV's open world. What remains out in the world of Eos is undeniably alluring, and I can't wait to explore more of it once the game finally launches this November.

Will it make back its budget and become a massive hit? I'm not so sure. I think the concept of focusing on a rich band of boys is already niche as it is (I'm cool with it, but my goodness, some of you won't be able to deal with the cheese), as is the large focus on travel and (so far) backseat story. There's just so much downtime in which to explore the world that the pacing is partially what you make it, which hasn't been a popular means of storytelling, and possibly isn't suited for the typically pointed Final Fantasy series. We'll see.

Polygon, with the longest preview article of the bunch, had the most exuberant impressions:

In 15 hours with Final Fantasy 15 I experienced dozens of moments like this, little developments that had me actually squealing with delight. I still have some concerns, like whether the story will pay off in the long-term, or why some of the voice acting is so rough, or how the camera can get really finicky during intense, close-quarters combat scenarios. But any complaints I have feel really petty right now in light of what Square Enix seems to have accomplished with Final Fantasy 15. That is: It’s made Final Fantasy relevant again. They’ve actually done it. I cannot wait to play more. 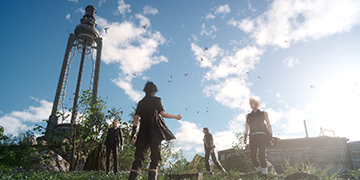 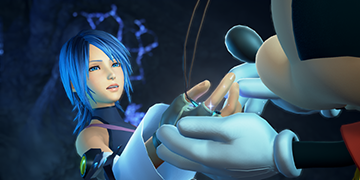 The impossibly named KINGDOM HEARTS HD 2.8 FINAL CHAPTER PROLOGUE is creeping closer and closer to its release. Arriving on the PlayStation 4 in Japan on January 12, 2017 in the west on January 24, 2017, the game will mark the last major entry in the Kingdom Hearts saga ahead of Kingdom Hearts III. You can view the EGX stream...